Well not quite, but almost.
According to common historiography the prolonged standoff between America and the Soviet Union ran from 1946 to 1989. Some 43 years. Commonly referred to as the ‘Cold War’. From US diplomat George F. Kennans ‘Long Telegram’ to the revolution that saw Poland gain its eventual independence from the Soviet Empire.
Here in the UK, our supermarkets have been engaged in a prolonged period of ‘pretend’ and often even phoney price wars. 42 years to be precise. Almost, but not quite as long, as the actual Cold War itself!

When was the last major, real outbreak of determined price hostilities? A full on ‘hot war’ if you like? It was Tesco’s 1977 – ‘Operation Checkout’. Where over the course of the Queens Silver Jubilee bank holiday weekend all Tesco stores were closed, windows were brown papered over, Green Shield stamp giveaways dumped and all monies reinvested in an across the entire store price realignment.
It certainly paid off handsomely and marked the start of Tesco’s renaissance and breakneck race to the top of the UK supermarket pile, eclipsing Sainsbury’s and eventually growing to a point where it holds more than double the market share of its nearest rival.
However, since that seismic Silver Jubilee bank holiday weekend in June 1977, the fog of price war between the major UK supermarkets has been just that – a prolonged murky fog, with an added dash of smoke and mirrors thrown in for good measure.

So why did none of Tesco’s rivals pull the biggest, worst, most powerful lever any retailer has: Price?
July 1999 was potentially Tesco’s ‘Bay of Pigs’. This was the moment they could have been potentially annihilated over a sustained price war had WalMart. The very big, very American and very, very deep-pocketed new owners of Asda decided to go for the corporate jugular. They hit the supermarket red button and move to Def Con 1 – but they didn’t.
So why not?
Well, its simple mathematics….stupid…….
Tesco at its peak operated on a world-leading 5.2% net profit margin. In layman’s terms making just 5p on every £1 worth of the myriad and millions of products it sold.
Since that peak and a freefall tumble to 0.5% following the financial scandal of 2014, the businesses aspirations are to get back to above 4%.
So it really does come down to simple maths. A major, nuclear-sized price war across the store that has any resonance and impact with shoppers is going to create an Armageddon-sized crater in any food retailers profit and loss account.

What is a Category Captain?

Andy Palmer
5 Jul 2019
What is the Role of a Category Captain? The Category Captain is a leading manufacturer or supplier within a product…
Read Article
Category Management Tips

Amazon Go… Coming to a Corner Shop Near You?

Andrew Grant
18 Feb 2019
Can you remember back to when Ronnie Barker starred as the curmudgeonly old corner shopkeeper Arkwright in Open All Hours?…
Read Article
Category Management Tips

Andrew Grant
18 Oct 2018
Will Jack’s fall down and break the Tesco Crown? Will Aldi or Lidl come tumbling after? As the launch hype…
Read Article 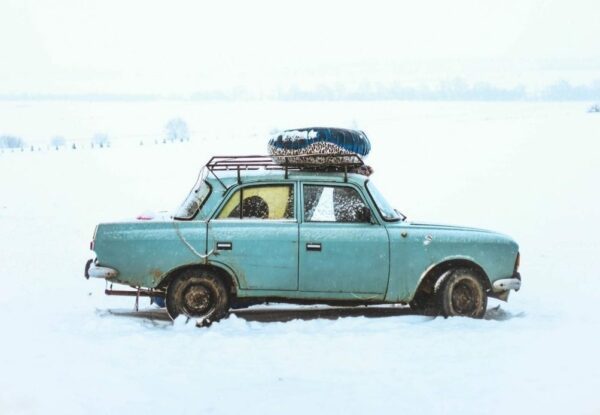 Modern shoppers simply would not notice a 5% price cut across the store anymore. And they certainly wouldn’t switch their shopping loyalty from a competitor. Which is unfortunately precisely what you need, and what you want if you stand any chance of winning an all-out price war.
So for the past 42 years we have faced a supermarket world of tactical, conventional price strike. They have focussed on targeting price initiatives on a relative few number of lines. This is because they can afford deeper cuts to entice customers but rely on the overall weight of the weekly shop to ensure you still make money. Although that didn’t quite work for Safeway. They got hooked on and broken by the crack cocaine of crazy ‘Gonzalez’ deals dreamt up by the then Chief Executive Carlos Criado-Perez in 1993.

Well, that is speeding up on us and fast. Aldi and Lidl reset the food retailers cost base 15 years ago. Able to substantially undercut their bigger rivals on price yet still make 5% net returns (allegedly – as they are both privately owned it is hard to know for sure) by siting stores on brownfield marginal land, building stripped to the bare bones functional stores and operating them with a ruthless cost minimisation almost religious zeal.
Next and potentially seismically game-changing – true Armageddon if you like, or Judgement Day if you are an Arnie fan – could be Amazon’s much anticipated big scale move into grocery retailing here in the UK. A new tech-based, tech funded and in the eyes of the money markets. A tech rated disruptor player who will quite happily take a 10 or 15-year investment view. Plus, be (relatively) happy to pump gazillions into winning market share leadership before it turns a single penny (or cent) in profit.
If you currently own any UK supermarket shares – Be afraid, be very afraid.

Andrew Grant
Andrew has extensive Commercial Buying and Marketing experience gained at a senior level with a number of the UK’s largest and most respected retailers. He combines this comprehensive category knowledge with highly developed negotiation skills and an in-depth experience of category management and business development planning gained trading with major blue chip FMCG suppliers.

Shopper Insights: Are You Getting the Most From Your Data?

Roger Jackson
Today at 9:24 am
Discover How to Make the Most of Your Shopper Insights I sat across the desk from the head of shopper…
Read Article
Time Management Skills Tips

Have More Effective Meetings With A.C.E.

Darren A. Smith
20 Oct at 10:19 am
Learn How to A.C.E. Meetings ‘The reason people don’t want productive meetings is that they’d have to do more work.…
Read Article
Leadership Skills Tips

Emma Worden
19 Oct at 9:47 am
Improve Organisational Effectiveness By Developing Your Leadership Skills They say that any business is only as strong as its weakest…
Read Article
Menu