About the Book: Waking Up

I am someone who values science over and above any belief system. I had – until fairly recently – always thought of spirituality as a bunch of New-Age mumbo jumbo. However, I realised that certain types of meditation practice have the backing of sound science. Following that realisation, I actively sought out literature to learn more. Sam Harris’s latest book, ‘Waking Up’, is precisely about mindfulness from a scientific perspective.
Sam Harris is a neuroscientist and world-renown rational debater. He’s well-known for his debates on religion, critical-thinking and human behaviour. He’s one of the so-called Four Horsemen of New Atheism. He is also a member of the Intellectual Dark Web, and has his own podcast, ‘Making Sense’. In ‘Waking Up’, Harris claims that meditation has been paramount in his ability to look at issues critically and rationally. And he’s been practising it for over 25 years –
Harris notes that the term ‘spiritual’ can provoke animosity in rational thinkers. Those who associate it more with mysticism and medieval superstition. And, indeed, most books on spirituality in a bookstore would look at it from this perspective. However, he explains that he uses the term in respect of modern understanding of the human mind. 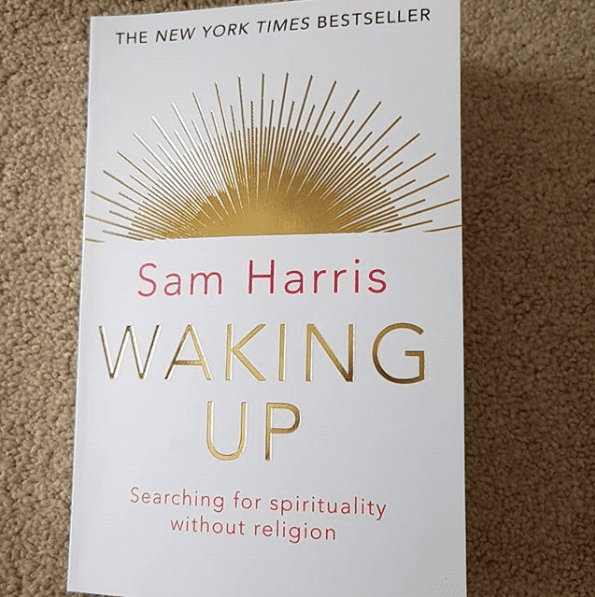 Waking Up by Sam Harris

One of the main areas ‘Waking Up’ covers includes exploring the ‘self’ and consciousness. There is also neuroscience with reference to relevant brain anatomy and physiology. The book also covers meditative practices, including some of Harris’ own experiences, gurus and frauds, and psychedelics and other drugs.
‘Waking Up’ is well-referenced to support any claims, the book has backing from scientific literature and peer-reviewed journals. There are also a large number of related notes in a section in the back. I felt compelled to read them, as well. I’m glad I did as these too give some great – and sometimes humorous – insights.
Ironically, at times, I felt that I needed to be well-versed in meditation to be able to read ‘Waking Up’. This is because, at times, the book can be hard to read. It needs concentration to be able to absorb all the detailed information it includes! Although at only 206 pages, ‘Waking Up’ is not a book you can rush to ensure you fully grasp. At times I had to re-read paragraphs to gain Harris’ invaluable information.

‘Waking Up’ is nothing short of a thoroughly brilliant book. I highly recommend it if you want to learn about the scientific approach to mindfulness and meditation. You’ll be more empowered by reading it. It is handy if you want to improve your own mindset. Also if you enjoy sound science or you are a New-Age hippy.

James Collier
James is a Registered Nutritionist and creator and co-founder of Huel the nutritionally complete food (Huel.com). James also has an avid interest in subject matters relating to human behaviour, evolutionary biology and rational thinking.

Emma Worden
24 Sep at 7:55 am
Common Communication Barriers in Remote Teams More and more companies are expanding across domestic and international regions. Along with this…
Read Article
People Management Tips

Discover the Business Benefits of Motivational Training in The Workplace

Eve Becker
22 Sep at 8:55 am
How to Reinforce Regular Motivational Training in The Workplace Workplaces are second homes to people as they spend the most…
Read Article
Communication Skills Tips

Darren A. Smith
17 Sep at 9:43 am
How to Leave a Professional Voicemail Please let me start by saying that I am not an expert in leaving…
Read Article
Menu