The Psychology of Negotiation is borrowed from Nick Kolenda’s great whitepaper on the topic. In it, he shares 31 tactics for improving your negotiation by understanding the psychology behind it. We have selected 9 that are most appropriate for negotiating in the UK Grocery Industry. And we have made them more practical to use and understand.

#1: Control the Booking of the Meeting to Gain a Psychological Advantage over the Negotiation

When planning the negotiation, you’ll need to coordinate when, where, and how it will occur. The negotiation psychology underpinning this is that negotiators with less power are usually accommodating with those decisions:

Opponent: ‘When are you free?’

You: ‘I’m free any afternoon next week. Let me know which day works best for you?’

That approach is harmful. When coordinating logistics, don’t be too accommodating and never reveal an empty calendar. Ideally, you should dictate those logistics. Instead:

Opponent: ‘When are you free?’

Even if your counterpart needs to suggest a different time, your assertiveness will increase your perceived power, giving you a more favourable deal in the negotiation (Diekmann, Tenbrunsel, & Galinsky, 2003).

Action:  Control the booking of the meeting by suggesting one time and never offer your entire calendar.

The weather has a powerful — often subconscious — effect on our behaviour. It’s pretty scary. When the weather is bad, reports of domestic violence increase (Cohn, 1993). Despite the negative effects of bad weather, the opposite occurs for good weather. When the weather is nice, you’re more likely to help people, such as leaving larger tips for waitresses (Cunningham, 1979).

If you need to negotiate in bad weather, you should discuss the bad weather before the negotiation. The negotiation psychology behind this meant the negative effect was eliminated when researchers began the conversation by talking about the weather. Thanks to that discussion, people attributed their dampened mood to the weather (and they adjusted their moods to compensate).

Action: In the UK the weather is often ‘not so good’, so discuss the weather as being bad.

Participants behaved twice as cooperatively when a game was called ‘The Community Game’ compared to ‘The Wall Street Game’ (Ross and Ward, 1995). Even simple words like ‘accepting’ and ‘rejecting’ can cause people to negotiate more aggressively (Larrick & Blount, 1997).

To prevent aggressive behaviour from your counterpart, avoid negotiation terminology. Always use words that depict cooperative behaviour, such as ‘collaborate’, ‘work together’, and ‘brainstorm’. Avoid words such as silence, negotiate, trade, power, etc.
Plus, it helps to use first-person plural pronouns such as ‘us’, ‘we’, and ‘our’. This is because they emphasise a shared goal.

For decades, researchers have recognised the power of self-disclosure (Worthy, Albert, & Gay, 1969). When you disclose personal information to other people, you build greater rapport with those recipients.

Not surprisingly, self-disclosure is helpful in the psychology of negotiation. When you disclose unrelated personal information, your counterparts negotiate less aggressively, giving you a better overall deal.

Before the negotiation starts, always mention unrelated tidbits about yourself, such as interests or hobbies. Those tidbits —albeit small and innocent — will make the negotiation more successful.

Action: Share personal pieces about yourself. For example, what you did at the weekend, or how you are feeling today.

#5 Show Signs of Disappointment as a Negotiation Psychology Strategy

Displaying a positive mood can help at the beginning of the negotiation (when you’re establishing rapport). However, when you start discussing the terms of the agreement, visual signs of disappointment can cause your counterpart to make larger concessions (Van Kleef, De Dreu, & Manstead, 2006).

Why does that happen? Researchers argue that disappointment triggers a greater urge to compensate: “Disappointment and worry, on the other hand, inform the other that one has received less than expected and signal that one is in need of compensation.”

If you follow this tactic, be careful. Research also shows that your counterpart will develop a more unpleasant perception of you. You might want to consider using this tactic only for short-term relationships.

In a recent study at Columbia, (Ames and Mason 2015) examined different methods. Suppose that you want an £80k salary. Here are your options when making an offer:

The researchers found that you’ll get the highest salary when you use a bolstering range. The negotiation psychology underpinning this is because, when compared to a single anchor, ranges seem less rigid. You’re more likely to reach an agreement (and the agreement will also be higher).

You should also request a precise range (e.g., £81k to £84k). Research has found that precise values cause people to adjust shorter distances from anchor points (Thomas & Morwitz, 2008). When your anchor is precise, your counterpart will remain closer to it.

Action: When pitching your pricing for a range put your credible & high price at the start of the range, with a higher and still credible price at the end of the range. For example, ‘This range of products achieves between 35.2% and 36.4%’.

#7 Use ‘You’ More in Your Correspondence and Language

Thanks to pioneering work from Amos Tversky and Daniel Kahneman, we know that the mere framing of a message can make a huge difference (Tversky & Kahneman, 1981).

Consider two messages that were presented in a hospital:

Both messages are trying to achieve the same outcome: hand washing. Despite a small difference (i.e., changing ‘you’ to ‘patients’), the second message influenced more staff to wash their hands, reducing the spread of disease.

This means that the choice of whether you use ‘you’ or patients is about which one influences what you want to achieve better. In the case of medical staff, they are confident about their own hygiene, so using ‘patients’ influenced them more effectively because of two reasons. Firstly, because the focus was on patient’s hygiene, which they consider to be worse than their own, and also because as the medical staff they care for their patients probably more than themselves.

For negotiations in the world of grocery, the choice you have to make is whether you use words like ‘you’ or ‘stakeholders’ or ‘shoppers’. It will depend on which influences your opponent more.

Action: Use You/Stakeholders/Shopper more in your Correspondence and Language. For example, ‘You could increase your sales by +9.2% with these 7 category recommendations’. Or ‘The stakeholders for this project would be delighted if we achieved xyz’. Or ‘The shoppers would buy one more pack if we changed the SRP to a better design’.

#8 Use Negotiation Psychology to Pause After They Make an Offer

If your counterpart’s offer is very generous (and you’re too scared to counter), then — at the very least — pause before accepting it. Pausing can reduce the negative emotions that your counterpart would experience from your immediate acceptance.

In addition, pausing can also be helpful when you accept an offer. In fact, it helped Geoffrey James earn $18,000 in seven seconds. Your silence makes the other party feel uncomfortable. In some cases, your counterpart might interject to adjust the offer:

If they interject, that’s great! You just increased the size of your deal. If not, then you can either accept or counter. Either way, your silence was merely a moment for you to ponder the offer. No harm done.

Action: Pause after they make an offer. Allow them enough ‘rope to hang themselves’.

When possible, you should draft the agreement, rather than your opponent. By doing so you control the agreement and the psychology of the negotiation. Don’t be tempted by the dark side of negotiating and changing what was agreed. If you do, you will lose credibility.

You should have summarised the negotiated agreement several times in the negotiation. The objective is to get agreement to what has been agreed and begin implementation.

Action: Be the first to send the summary of the deal.

#Bonus – The Importance of the Word ‘Fair’

I also like this article on using the word ‘fair’ in a negotiation. Very powerful.

I recommend these 3 books from my bookshelf. You can find book reviews for them when you search our blog.

‘Thinking on Your Feet in Negotiations’ by Jane Hodgson 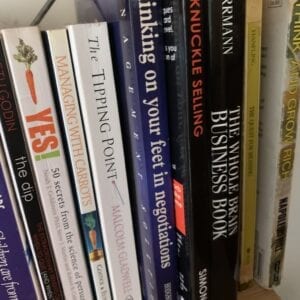 ‘Getting Past No’ by William Ury 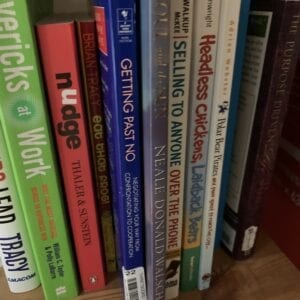 ‘The Negotiation Book’ by Steve Gates 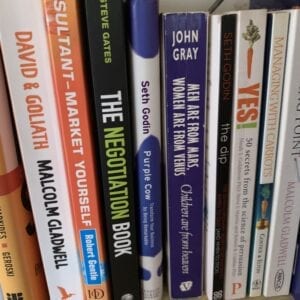 Darren A. Smith
Today at 10:03 am
Discover 10 Tips for Small Business Owners In my 18 years as an SME owner, I have often learned the…
Read Article
Communication Skills Tips

Emma Worden
24 Sep at 7:55 am
Common Communication Barriers in Remote Teams More and more companies are expanding across domestic and international regions. Along with this…
Read Article
People Management Tips

Discover the Business Benefits of Motivational Training in The Workplace

Eve Becker
22 Sep at 8:55 am
How to Reinforce Regular Motivational Training in The Workplace Workplaces are second homes to people as they spend the most…
Read Article
Menu